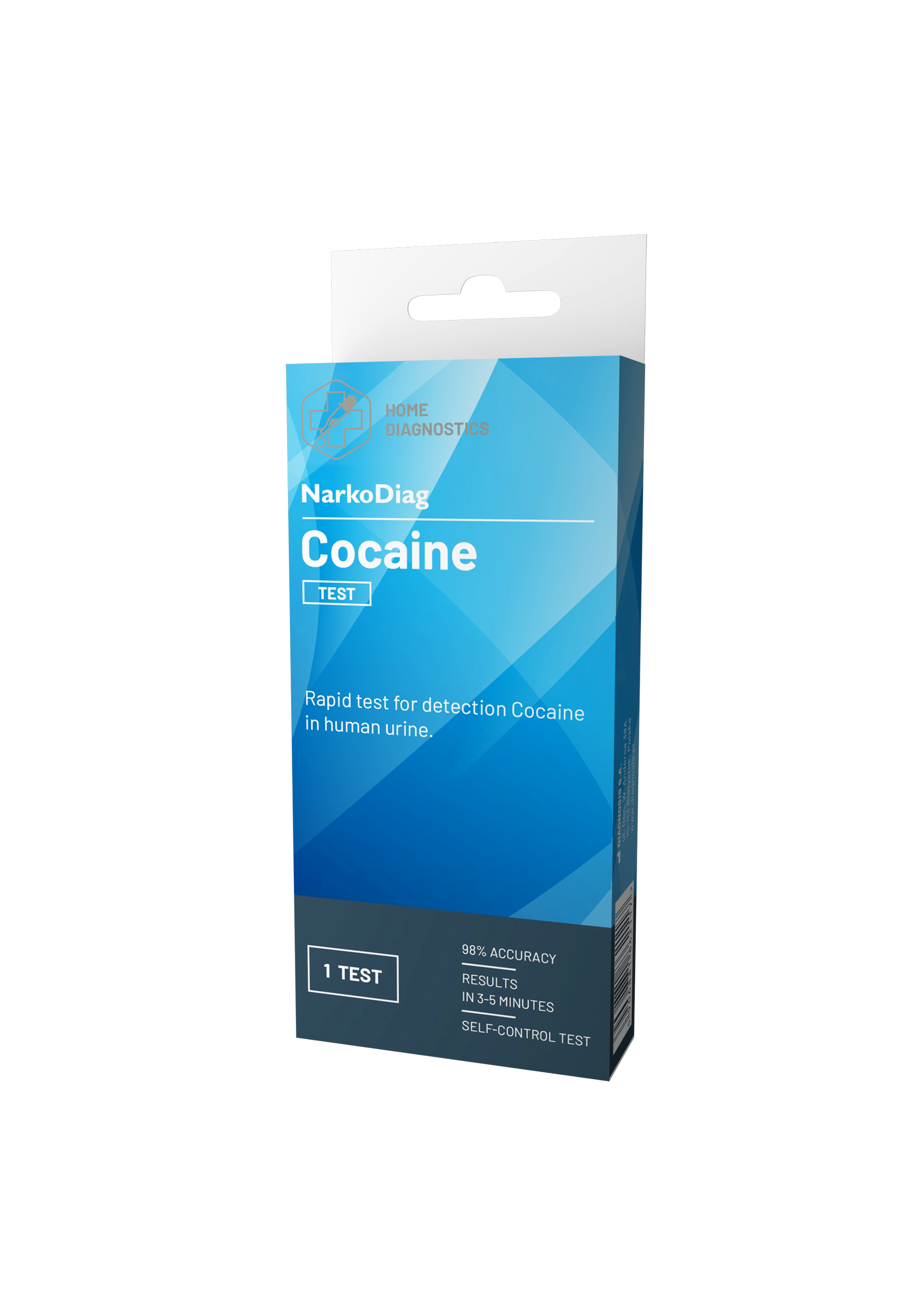 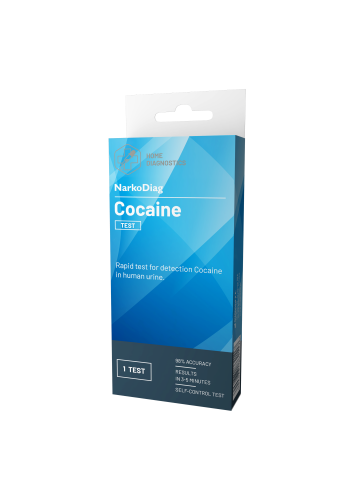 A rapid, one step test for the qualitative detection of Cocaine metabolites in human urine.
For professional in vitro diagnostic use only.

The COC One Step Cocaine Test Strip (Urine) is a rapid chromatographic immunoassay for the qualitative detection of Cocaine metabolite, Benzoylecgonine, in human urine at a cut-off concentration of 300 ng/mL. This test will detect other related compounds, please refer to the Analytical Specificity table in this package insert.
This assay provides only a qualitative, preliminary analytical test result. A more specific alternate chemical method must be used in order to obtain a confirmed analytical result. Gas chromatography/mass spectrometry (GC/MS) is the preferred confirmatory method. Clinical consideration and professional judgment should be applied to any drug of abuse test result, particularly when preliminary positive results are used.

Cocaine, is a potent central nervous system (CNS) stimulant and a local anesthetic. Initially, it brings about extreme energy and restlessness while gradually resulting in tremors, over-sensitivity and spasms. In large amounts, Cocaine causes fever, unresponsiveness, and difficulty in breathing and unconsciousness.
Cocaine is often self-administered by nasal inhalation, intravenous injection and free-base smoking. It is excreted in the urine in a short time primarily as Benzoylecgonine.1,2 Benzoylecgonine, a major metabolite of Cocaine, has a longer biological half-life (5 – 8 hours) than Cocaine (0.5 – 1.5 hours), and can generally be detected for 24-48 hours after Cocaine exposure.2
The COC One Step Cocaine Test Strip (Urine) is a rapid urine screening test that can be performed without the use of an instrument. The test utilizes a monoclonal antibody to selectively detect elevated levels of Cocaine metabolite in urine. The COC One Step Cocaine Test Strip (Urine) yields a positive result when the Cocaine metabolite in urine exceeds 300 ng/mL. This is the suggested screening cut-off for positive specimens set by the Substance Abuse and Mental Health Services Administration (SAMHSA, USA).